The Martha Drexler Lynn Fellowship for Faculty Scholarship and Research brilliantly supports the faculty and students by supporting the academic growth and exposure of professors so they can bring that to their students.

The Lynn Fellowship is to be awarded yearly, and designed to support increased professorial expertise in the Arts and Humanities through the College of Arts, Humanities, and Social Sciences.

Martha Drexler Lynn is a scholar and writer whose books are held by thousands of libraries around the world, including all of the major academic centers in her field.

Martha Drexler Lynn and Bob Danziger were married in 1997.

The American Ceramic Circle Book Award, established in 2005, recognizes English-language publications that advance the study of ceramics, present new scholarship and interpretations, and, in doing so, become important and standard references in the field.

American Studio Ceramics comprehensively documents the early development of the movement by uniquely considering a broad national perspective, the impact of social trends, and a “flow of events that formed the movement.” Lynn makes excellent use of her sources, and in many cases the “story” of early studio ceramics reads as though told by the artists themselves. The author highlights the contributions of less well known potters alongside many of the greats, and her inclusion of under-recognized African American potters may well mark the first time their instrumental contributions as teachers and successful artists have been fully explored within the larger history of the movement. 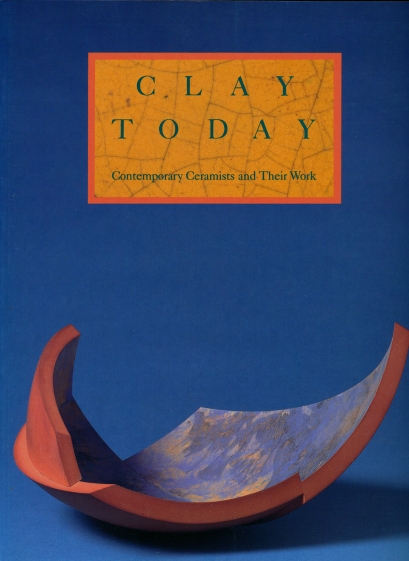 Martha Drexler Lynn holds a doctorate in art history, specializing in twentieth-and twentieth-first century decorative arts (craft and design) and was the founding curator-in-charge of the twentieth-century decorative arts collections at the Los Angeles County Museum of Art. Her current publication is American Studio Ceramics, Innovation and identity, 1940 to 1979(2015, Yale University Press). Other publications includeThe Vase and Beyond: The Sidney Swidler Collection of the Contemporary Vessel(Crocker Art Museum, 2010), Sculpture, Glass, and American Museums (2005, University of Pennsylvania), American Studio Glass Movement, 1960 – 1990(2004, Hudson Hills Press), Masters of Contemporary Glass: Selections from the Glick Collection(1997, Indianapolis Museum of Art), The Clay Art of Adrian Saxe(1993, Los Angeles County Museum of Art), and Clay Today: Contemporary Ceramists and Their Work (1990, Los Angeles County Museum of Art). Additionally, she has written many catalogue essays including “Contemporary Ceramics in the Marer Collection 1960-1990” in Revolution in Clay (1994, Scripps College), “Clay Leads the Studio Crafts in to the Art World,” Contemporary Crafts and the Saxe Collection(1993, Toledo Art Museum), TheArt of Glass(2006, Toledo Museum of Art), and numerous magazine articles. She has lectured widely and served as a consultant to museums and arts organizations, appeared on conference panels and exhibition juries.